after the oppression of those days, the sun will be darkened, the moon will not give its light, the stars will fall from the sky, and the powers of the heavens will be shaken; and then the sign of the Son of Man will appear in the sky.”

Matthew 24 [15.] “When, therefore, you see the abomination of desolation, [a] which was spoken of through Daniel the prophet, standing in the holy place (let the reader understand), then let those who are in Judea flee to the mountains. Let him who is on the housetop not go down to take out things that are in his house. Let him who is in the field not return back to get his clothes. But woe to those who are with child and to nursing mothers in those days! Pray that your flight will not be in the winter, nor on a Sabbath, for then there will be great oppression, such as has not been from the beginning of the world until now, no, nor ever will be. Unless those days had been shortened, no flesh would have been saved. But for the sake of the chosen ones, those days will be shortened.

Matthew 24 [23.] “Then if any man tells you, ‘Behold, here is the Christ,’ or, ‘There,’ don’t believe it. For there will arise false christs, and false prophets, and they will show great signs and wonders, so as to lead astray, if possible, even the chosen ones. 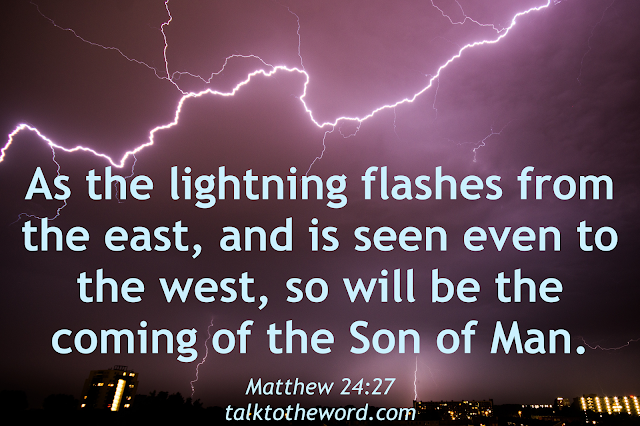