two sparrows sold for an assarion coin? Not one of them falls on the ground apart from your Father’s will, but the very hairs of your head are all numbered. Therefore don’t be afraid. You are of more value than many sparrows.”
Matthew 10:29-31

Matthew 10 [24.] “A disciple is not above his teacher, nor a servant above his lord. It is enough for the disciple that he be like his teacher, and the servant like his lord. If they have called the master of the house Beelzebul,[c] how much more those of his household! Therefore don’t be afraid of them, for there is nothing covered that will not be revealed; and hidden that will not be known. What I tell you in the darkness, speak in the light; and what you hear whispered in the ear, proclaim on the housetops. Don’t be afraid of those who kill the body, but are not able to kill the soul. Rather, fear him who is able to destroy both soul and body in Gehenna. [d]

Matthew 10 [34.] “Don’t think that I came to send peace on the earth. I didn’t come to send peace, but a sword. For I came to set a man at odds against his father, and a daughter against her mother, and a daughter-in-law against her mother-in-law. A man’s foes will be those of his own household.[f] He who loves father or mother more than me is not worthy of me; and he who loves son or daughter more than me isn’t worthy of me. He who doesn’t take his cross and follow after me, isn’t worthy of me. He who seeks his life will lose it; and he who loses his life for my sake will find it. He who receives you receives me, and he who receives me receives him who sent me. He who receives a prophet in the name of a prophet will receive a prophet’s reward. He who receives a righteous man in the name of a righteous man will receive a righteous man’s reward. Whoever gives one of these little ones just a cup of cold water to drink in the name of a disciple, most certainly I tell you he will in no way lose his reward.” 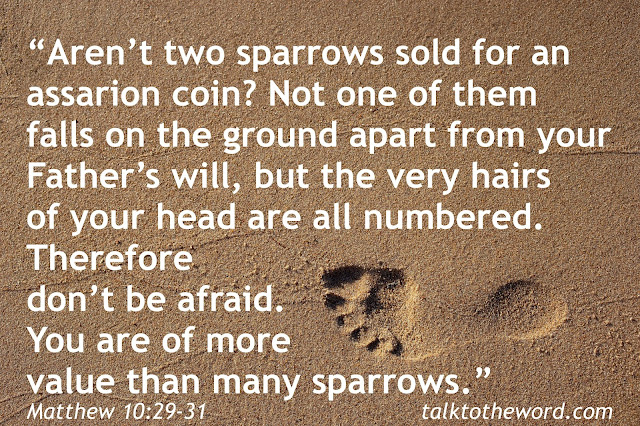