God is for us, who can be against us?

Romans 8 [31.] What then shall we say about these things? If God is for us, who can be against us? He who didn’t spare his own Son, but delivered him up for us all, how would he not also with him freely give us all things? Who could bring a charge against God’s chosen ones? It is God who justifies. Who is he who condemns? It is Christ who died, yes rather, who was raised from the dead, who is at the right hand of God, who also makes intercession for us.
Footnotes:

c. Romans 8:29 The word for “brothers” here and where context allows may also be correctly translated “brothers and sisters” or “siblings.” 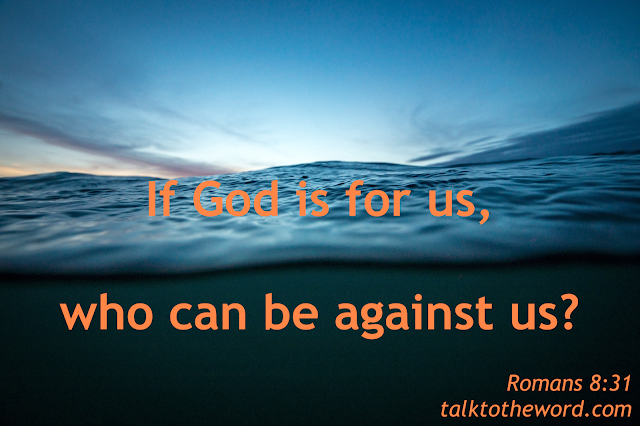