Romans 6 [12.] Therefore don’t let sin reign in your mortal body, that you should obey it in its lusts. Also, do not present your members to sin as instruments of unrighteousness, but present yourselves to God, as alive from the dead, and your members as instruments of righteousness to God. For sin will not have dominion over you. For you are not under law, but under grace.

Romans 6 [15.] What then? Shall we sin, because we are not under law, but under grace? May it never be! Don’t you know that when you present yourselves as servants and obey someone, you are the servants of whomever you obey; whether of sin to death, or of obedience to righteousness? But thanks be to God, that, whereas you were bondservants of sin, you became obedient from the heart to that form of teaching to which you were delivered. Being made free from sin, you became bondservants of righteousness.

Romans 6 [19.] I speak in human terms because of the weakness of your flesh, for as you presented your members as servants to uncleanness and to wickedness upon wickedness, even so now present your members as servants to righteousness for sanctification. For when you were servants of sin, you were free in regard to righteousness. What fruit then did you have at that time in the things of which you are now ashamed? For the end of those things is death. But now, being made free from sin, and having become servants of God, you have your fruit of sanctification, and the result of eternal life. For the wages of sin is death, but the free gift of God is eternal life in Christ Jesus our Lord.

a. Romans 7:1 The word for “brothers” here and where context allows may also be correctly translated “brothers and sisters” or “siblings.” 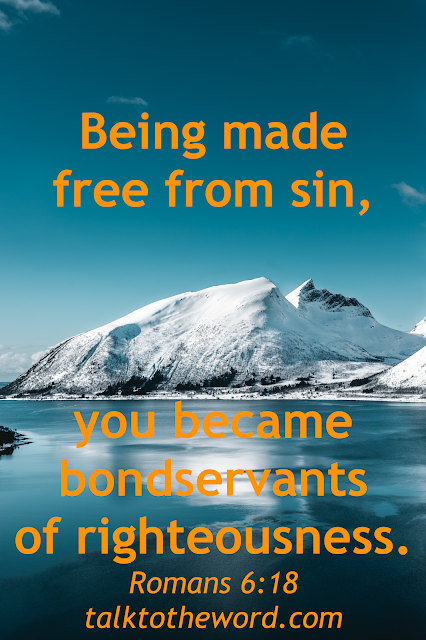 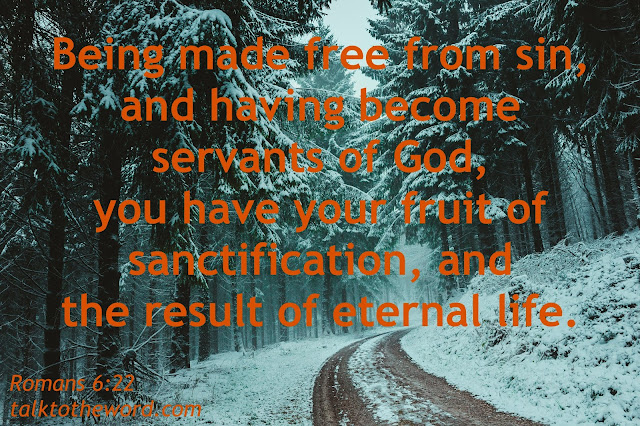