you despise the riches of his goodness, forbearance, and patience, not knowing that the goodness of God leads you to repentance?

Romans 1 [26.] For this reason, God gave them up to vile passions. For their women changed the natural function into that which is against nature. Likewise also the men, leaving the natural function of the woman, burned in their lust toward one another, men doing what is inappropriate with men, and receiving in themselves the due penalty of their error. Even as they refused to have God in their knowledge, God gave them up to a reprobate mind, to do those things which are not fitting; being filled with all unrighteousness, sexual immorality, wickedness, covetousness, malice; full of envy, murder, strife, deceit, evil habits, secret slanderers, backbiters, hateful to God, insolent, haughty, boastful, inventors of evil things, disobedient to parents, without understanding, covenant breakers, without natural affection, unforgiving, unmerciful; who, knowing the ordinance of God, that those who practice such things are worthy of death, not only do the same, but also approve of those who practice them.

Romans 2 [1.] Therefore you are without excuse, O man, whoever you are who judge. For in that which you judge another, you condemn yourself. For you who judge practice the same things. We know that the judgment of God is according to truth against those who practice such things. Do you think this, O man who judges those who practice such things, and do the same, that you will escape the judgment of God? Or do you despise the riches of his goodness, forbearance, and patience, not knowing that the goodness of God leads you to repentance? But according to your hardness and unrepentant heart you are treasuring up for yourself wrath in the day of wrath, revelation, and of the righteous judgment of God; who “will pay back to everyone according to their works:”[a] to those who by patience in well-doing seek for glory, honor, and incorruptibility, eternal life; but to those who are self-seeking, and don’t obey the truth, but obey unrighteousness, will be wrath and indignation, oppression and anguish, on every soul of man who does evil, to the Jew first, and also to the Greek.

Romans 2 [10.] But glory, honor, and peace go to every man who does good, to the Jew first, and also to the Greek. For there is no partiality with God. For as many as have sinned without law will also perish without the law. As many as have sinned under the law will be judged by the law. For it isn’t the hearers of the law who are righteous before God, but the doers of the law will be justified (for when Gentiles who don’t have the law do by nature the things of the law, these, not having the law, are a law to themselves, in that they show the work of the law written in their hearts, their conscience testifying with them, and their thoughts among themselves accusing or else excusing them) in the day when God will judge the secrets of men, according to my Good News, by Jesus Christ. 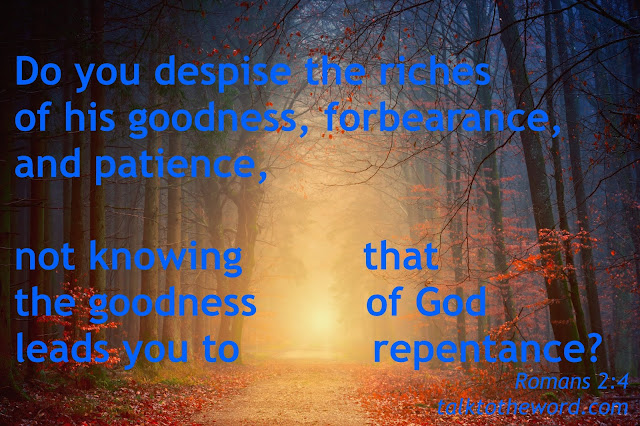