Psalm 78 [50.] He made a path for his anger.
He didn’t spare their soul from death,
but gave their life over to the pestilence,
and struck all the firstborn in Egypt,
the chief of their strength in the tents of Ham.
But he led out his own people like sheep,
and guided them in the wilderness like a flock.
He led them safely, so that they weren’t afraid,
but the sea overwhelmed their enemies.
He brought them to the border of his sanctuary,
to this mountain, which his right hand had taken.
He also drove out the nations before them,
allotted them for an inheritance by line,
and made the tribes of Israel to dwell in their tents.
Yet they tempted and rebelled against the Most High God,
and didn’t keep his testimonies;
but turned back, and dealt treacherously like their fathers.
They were turned aside like a deceitful bow.
For they provoked him to anger with their high places,
and moved him to jealousy with their engraved images. 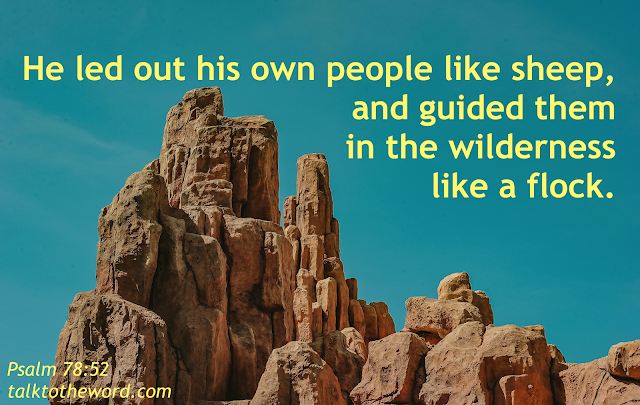