and earth will pass away, but my words will not pass away.” 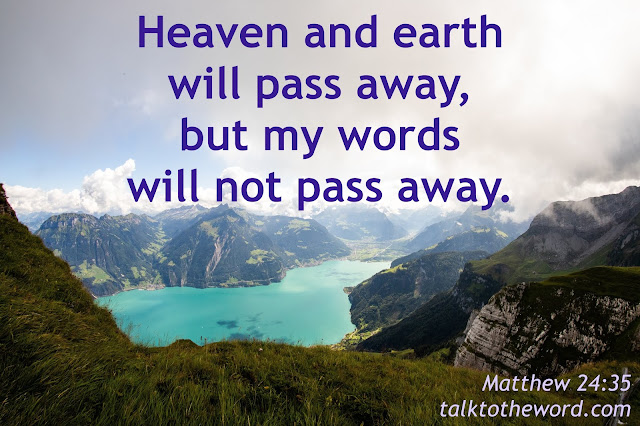