was sown among the thorns, this is he who hears the word, but the cares of this age and the deceitfulness of riches choke the word, and he becomes unfruitful.”

Matthew 13 [24.] He set another parable before them, saying, “The Kingdom of Heaven is like a man who sowed good seed in his field, but while people slept, his enemy came and sowed darnel weeds[b] also among the wheat, and went away. But when the blade sprang up and produced fruit, then the darnel weeds appeared also. The servants of the householder came and said to him, ‘Sir, didn’t you sow good seed in your field? Where did these darnel weeds come from?’

“The servants asked him, ‘Do you want us to go and gather them up?’ 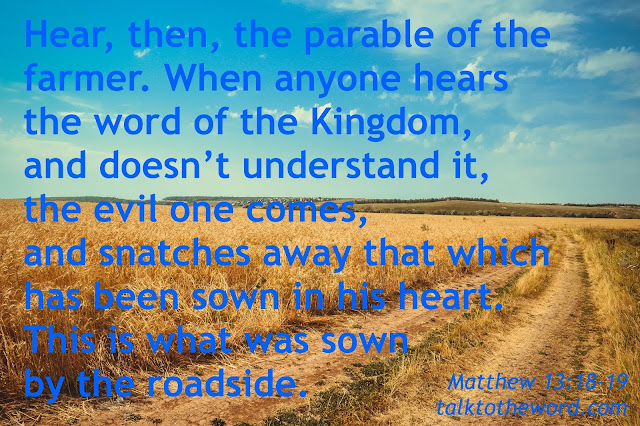