we endure, we will also reign with him.

2 Timothy 2 [8.] Remember Jesus Christ, risen from the dead, of the offspring[a] of David, according to my Good News, in which I suffer hardship to the point of chains as a criminal. But God’s word isn’t chained. Therefore I endure all things for the chosen ones’ sake, that they also may obtain the salvation which is in Christ Jesus with eternal glory.

2 Timothy 2 [14.] Remind them of these things, charging them in the sight of the Lord, that they don’t argue about words, to no profit, to the subverting of those who hear.

2 Timothy 2 [15.] Give diligence to present yourself approved by God, a workman who doesn’t need to be ashamed, properly handling the Word of Truth. But shun empty chatter, for it will go further in ungodliness, and those words will consume like gangrene, of whom is Hymenaeus and Philetus; men who have erred concerning the truth, saying that the resurrection is already past, and overthrowing the faith of some. However God’s firm foundation stands, having this seal, “The Lord knows those who are his,”[b] and, “Let every one who names the name of the Lord[c] depart from unrighteousness.” 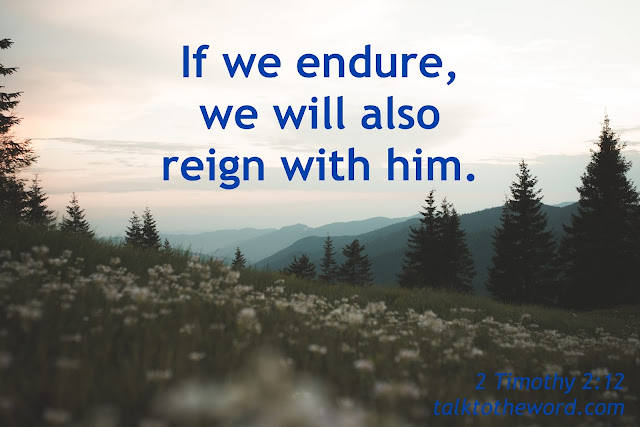