were going astray like sheep; but now have returned to the Shepherd and Overseer of your souls. 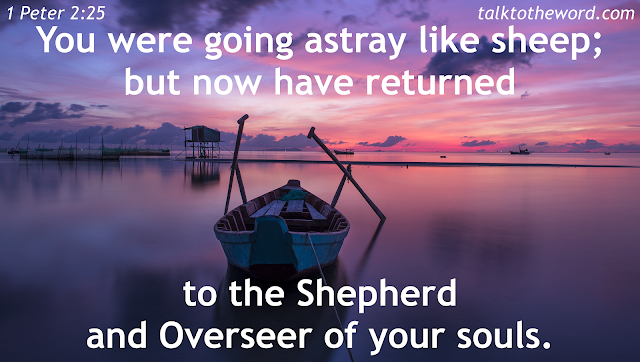