1 John 3 [1.] See how great a love the Father has given to us, that we should be called children of God! For this cause the world doesn’t know us, because it didn’t know him. Beloved, now we are children of God, and it is not yet revealed what we will be. But we know that, when he is revealed, we will be like him; for we will see him just as he is. Everyone who has this hope set on him purifies himself, even as he is pure. Everyone who sins also commits lawlessness. Sin is lawlessness. You know that he was revealed to take away our sins, and in him is no sin. Whoever remains in him doesn’t sin. Whoever sins hasn’t seen him and doesn’t know him.

1 John 3 [10.] In this the children of God are revealed, and the children of the devil. Whoever doesn’t do righteousness is not of God, neither is he who doesn’t love his brother. For this is the message which you heard from the beginning, that we should love one another; unlike Cain, who was of the evil one, and killed his brother. Why did he kill him? Because his deeds were evil, and his brother’s righteous. Don’t be surprised, my brothers, if the world hates you. We know that we have passed out of death into life, because we love the brothers. He who doesn’t love his brother remains in death. Whoever hates his brother is a murderer, and you know that no murderer has eternal life remaining in him. 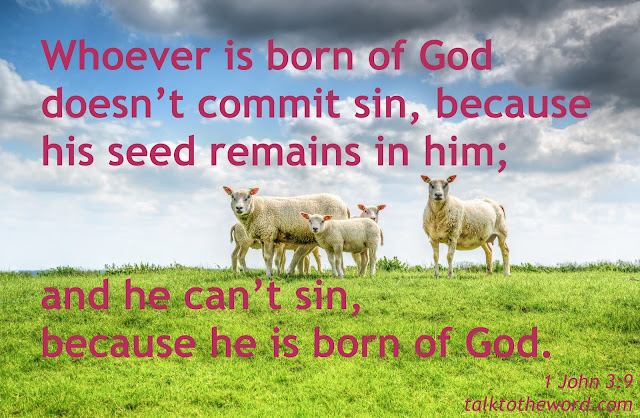