doesn’t disappoint us, because God’s love has been poured out into our hearts through the Holy Spirit who was given to us.

Romans 4 [20.] Yet, looking to the promise of God, he didn’t waver through unbelief, but grew strong through faith, giving glory to God, and being fully assured that what he had promised, he was also able to perform. Therefore it also was “credited to him for righteousness.”[h] Now it was not written that it was accounted to him for his sake alone, but for our sake also, to whom it will be accounted, who believe in him who raised Jesus, our Lord, from the dead, who was delivered up for our trespasses, and was raised for our justification. 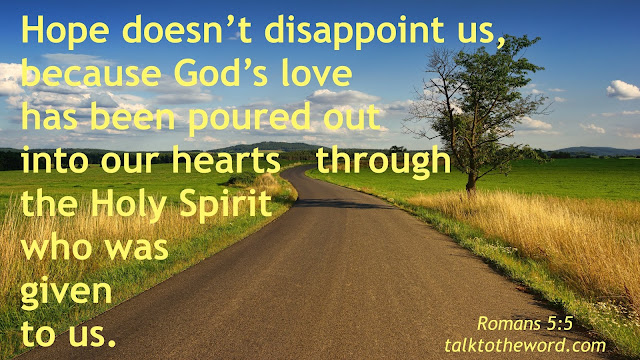