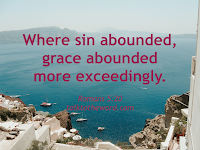 Romans 5 [20.] The law came in besides, that the trespass might abound; but where sin abounded, grace abounded more exceedingly; that as sin reigned in death, even so grace might reign through righteousness to eternal life through Jesus Christ our Lord.

Romans 6 [1.] What shall we say then? Shall we continue in sin, that grace may abound? May it never be! We who died to sin, how could we live in it any longer? Or don’t you know that all we who were baptized into Christ Jesus were baptized into his death? We were buried therefore with him through baptism to death, that just as Christ was raised from the dead through the glory of the Father, so we also might walk in newness of life. 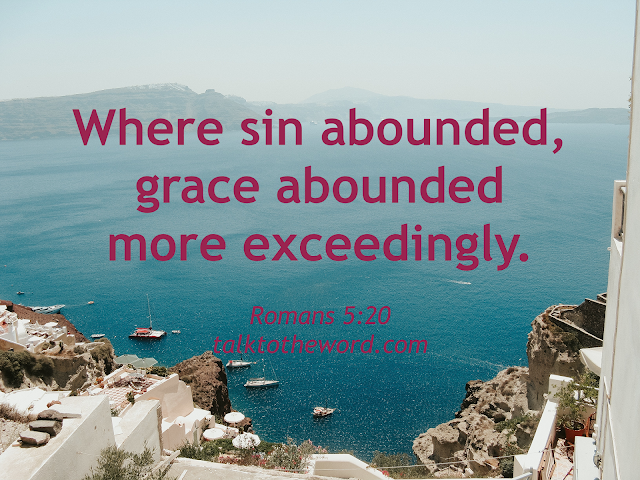