while we were enemies, we were reconciled to God through the death of his Son, much more, being reconciled, we will be saved by his life. 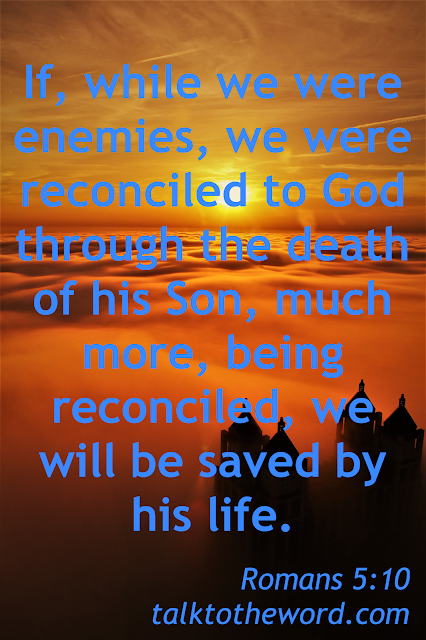