Mary, who labored much for us. Greet Andronicus and Junia, my relatives and my fellow prisoners, who are notable among the apostles, who were also in Christ before me.

Romans 16 [1.] I commend to you Phoebe, our sister, who is a servant[a] of the assembly that is at Cenchreae, that you receive her in the Lord, in a way worthy of the saints, and that you assist her in whatever matter she may need from you, for she herself also has been a helper of many, and of my own self.

Romans 16 [3.] Greet Prisca and Aquila, my fellow workers in Christ Jesus, who for my life, laid down their own necks; to whom not only I give thanks, but also all the assemblies of the Gentiles. Greet the assembly that is in their house. Greet Epaenetus, my beloved, who is the first fruits of Achaia to Christ. Greet Mary, who labored much for us. Greet Andronicus and Junia,[b] my relatives and my fellow prisoners, who are notable among the apostles, who were also in Christ before me. Greet Amplias, my beloved in the Lord. Greet Urbanus, our fellow worker in Christ, and Stachys, my beloved.

Romans 16 [10.] Greet Apelles, the approved in Christ. Greet those who are of the household of Aristobulus. Greet Herodion, my kinsman. Greet them of the household of Narcissus, who are in the Lord. Greet Tryphaena and Tryphosa, who labor in the Lord. Greet Persis, the beloved, who labored much in the Lord. Greet Rufus, the chosen in the Lord, and his mother and mine. Greet Asyncritus, Phlegon, Hermes, Patrobas, Hermas, and the brothers [b] who are with them. Greet Philologus and Julia, Nereus and his sister, and Olympas, and all the saints who are with them. Greet one another with a holy kiss. The assemblies of Christ greet you.

a. Romans 16:1 or, deacon.
b. Romans 16:7 The consensus among most modern New Testament scholars is that Junia is a woman and was a notable apostle prior to Paul's conversion. 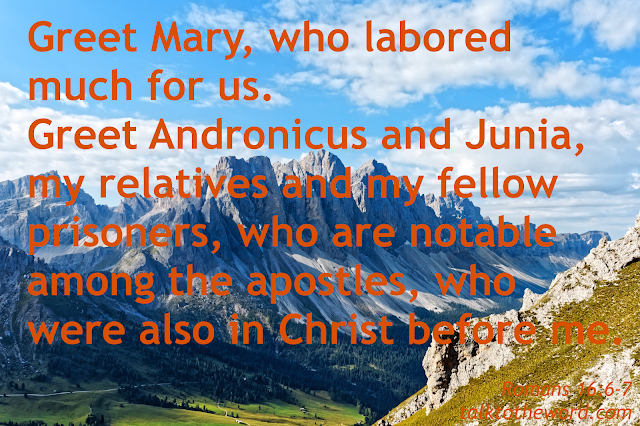 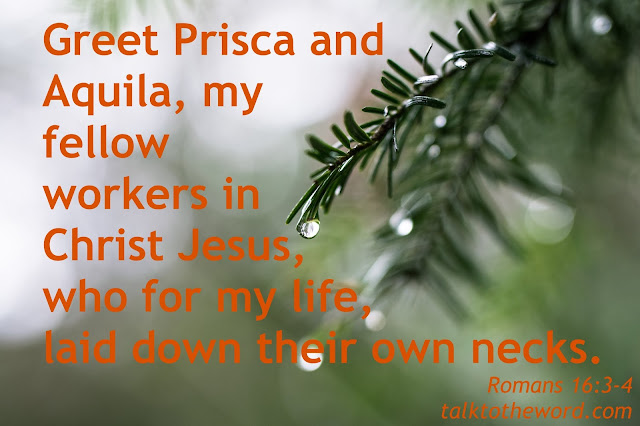