has put in their hearts to do what he has in mind, and to be of one mind.

Revelation 17 [10.] They are seven kings. Five have fallen, the one is, the other has not yet come. When he comes, he must continue a little while. The beast that was, and is not, is himself also an eighth, and is of the seven; and he goes to destruction. The ten horns that you saw are ten kings who have received no kingdom as yet, but they receive authority as kings, with the beast, for one hour. These have one mind, and they give their power and authority to the beast. These will war against the Lamb, and the Lamb will overcome them, for he is Lord of lords, and King of kings, and those who are with him are called, chosen, and faithful.”

Revelation 17 [15.] He said to me, “The waters which you saw, where the prostitute sits, are peoples, multitudes, nations, and languages. The ten horns which you saw, and the beast, these will hate the prostitute, and will make her desolate, and will make her naked, and will eat her flesh, and will burn her utterly with fire. For God has put in their hearts to do what he has in mind, and to be of one mind, and to give their kingdom to the beast, until the words of God should be accomplished. The woman whom you saw is the great city, which reigns over the kings of the earth.”

Revelation 18 [1.] After these things, I saw another angel coming down out of the sky, having great authority. The earth was illuminated with his glory. He cried with a mighty voice, saying, “Fallen, fallen is Babylon the great, and she has become a habitation of demons, a prison of every unclean spirit, and a prison of every unclean and hateful bird! For all the nations have drunk of the wine of the wrath of her sexual immorality, the kings of the earth committed sexual immorality with her, and the merchants of the earth grew rich from the abundance of her luxury.”


yes
PIB Scriptures are derived from the World English Bible 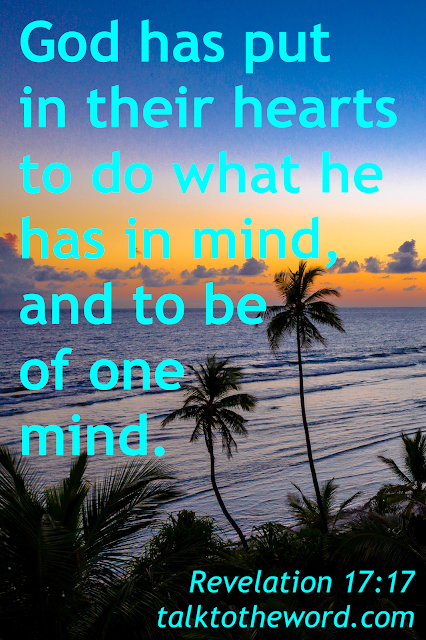