fear of man proves to be a snare, but whoever puts his trust in Yahweh is kept safe. 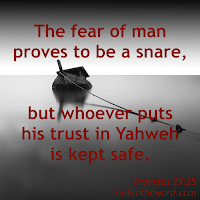 Proverbs 29 [20.] Do you see a man who is hasty in his words?
There is more hope for a fool than for him.
He who pampers his servant from youth
will have him become a son in the end.
An angry man stirs up strife,
and a wrathful man abounds in sin.
A man’s pride brings him low,
but one of lowly spirit gains honor.
Whoever is an accomplice of a thief is an enemy of his own soul.
He takes an oath, but dares not testify.

Proverbs 29 [25.] The fear of man proves to be a snare,
but whoever puts his trust in Yahweh is kept safe.
Many seek the ruler’s favor,
but a man’s justice comes from Yahweh.
A dishonest man detests the righteous,
and the upright in their ways detest the wicked. 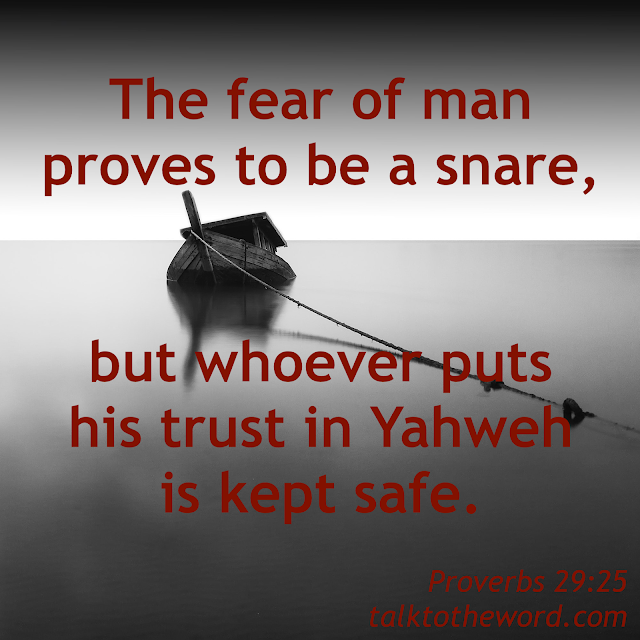