who sends a message by the hand of a fool is cutting off feet and drinking violence. 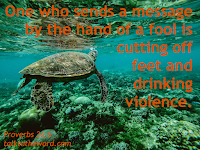 Proverbs 26 [1.] Like snow in summer, and as rain in harvest,
so honor is not fitting for a fool.
Like a fluttering sparrow,
like a darting swallow,
so the undeserved curse doesn’t come to rest.
A whip is for the horse,
a bridle for the donkey,
and a rod for the back of fools!
Don’t answer a fool according to his folly,
lest you also be like him.


foolishness
PIB Scriptures are derived from the World English Bible 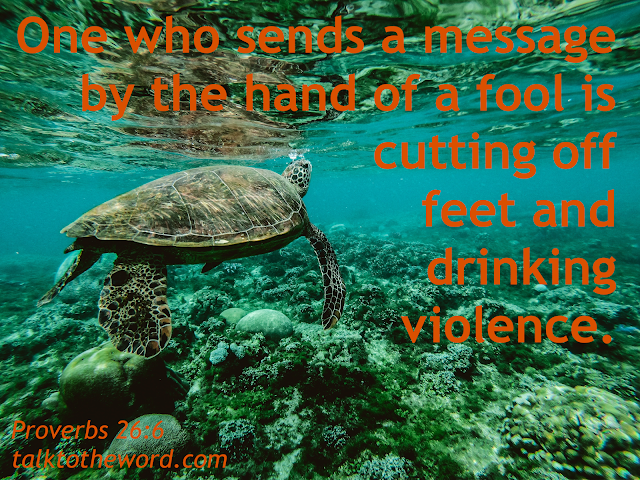