you see a man wise in his own eyes? There is more hope for a fool than for him.

Proverbs 26 [15.] The sluggard buries his hand in the dish.
He is too lazy to bring it back to his mouth.
The sluggard is wiser in his own eyes
than seven men who answer with discretion.
Like one who grabs a dog’s ears
is one who passes by and meddles in a quarrel not his own.
Like a madman who shoots torches, arrows, and death,
is the man who deceives his neighbor and says, “Am I not joking?” 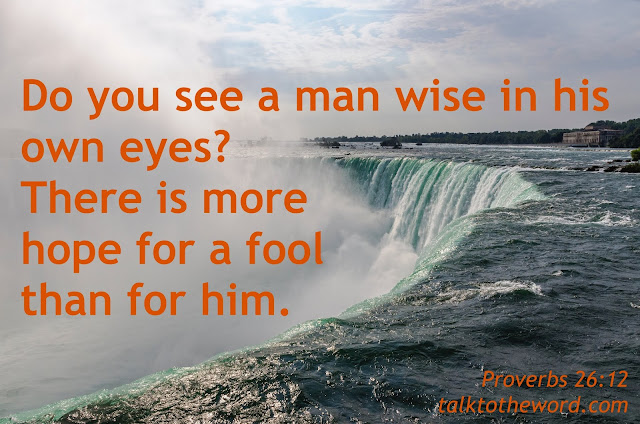