Proverbs 16 [30.] One who winks his eyes to plot perversities,
one who compresses his lips, is bent on evil.
Gray hair is a crown of glory.
It is attained by a life of righteousness.
One who is slow to anger is better than the mighty;
one who rules his spirit, than he who takes a city.
The lot is cast into the lap,
but its every decision is from Yahweh.

Proverbs 17 [1.] Better is a dry morsel with quietness,
than a house full of feasting with strife.
A servant who deals wisely will rule over a son who causes shame,
and shall have a part in the inheritance among the brothers.
The refining pot is for silver, and the furnace for gold,
but Yahweh tests the hearts.
An evildoer heeds wicked lips.
A liar gives ear to a mischievous tongue.

Proverbs 17 [5.] Whoever mocks the poor reproaches his Maker.
He who is glad at calamity shall not be unpunished.
Children’s children are the crown of old men;
the glory of children are their parents.
Arrogant speech isn’t fitting for a fool,
much less do lying lips fit a prince.
A bribe is a precious stone in the eyes of him who gives it;
wherever he turns, he prospers.
He who covers an offense promotes love;
but he who repeats a matter separates best friends. 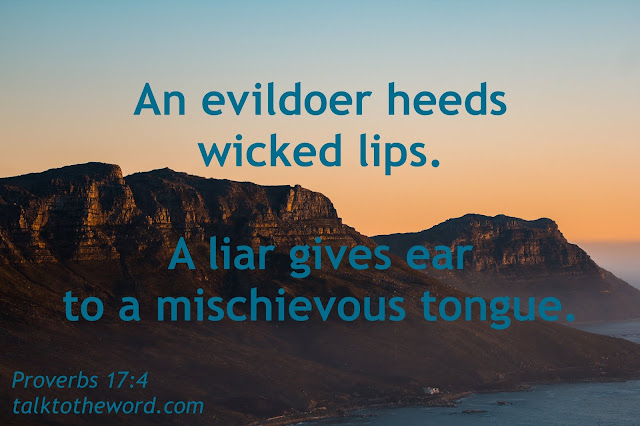