hair is a crown of glory. It is attained by a life of righteousness.

Proverbs 16 [25.] There is a way which seems right to a man,
but in the end it leads to death.
The appetite of the laboring man labors for him;
for his mouth urges him on.
A worthless man devises mischief.
His speech is like a scorching fire.
A perverse man stirs up strife.
A whisperer separates close friends.
A man of violence entices his neighbor,
and leads him in a way that is not good.

Proverbs 16 [30.] One who winks his eyes to plot perversities,
one who compresses his lips, is bent on evil.
Gray hair is a crown of glory.
It is attained by a life of righteousness.
One who is slow to anger is better than the mighty;
one who rules his spirit, than he who takes a city.
The lot is cast into the lap,
but its every decision is from Yahweh.

Proverbs 17 [1.] Better is a dry morsel with quietness,
than a house full of feasting with strife.
A servant who deals wisely will rule over a son who causes shame,
and shall have a part in the inheritance among the brothers.
The refining pot is for silver, and the furnace for gold,
but Yahweh tests the hearts.
An evildoer heeds wicked lips.
A liar gives ear to a mischievous tongue. 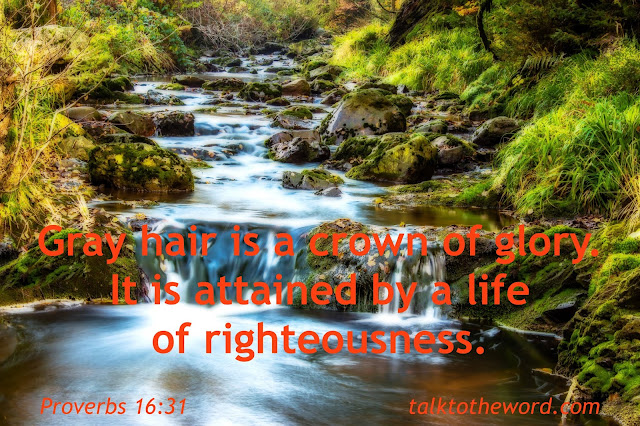