who oppresses the poor shows contempt for his Maker, but he who is kind to the needy honors him. 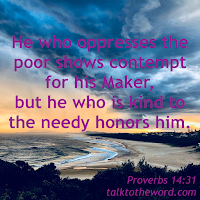 
malice
PIB Scriptures are derived from the World English Bible 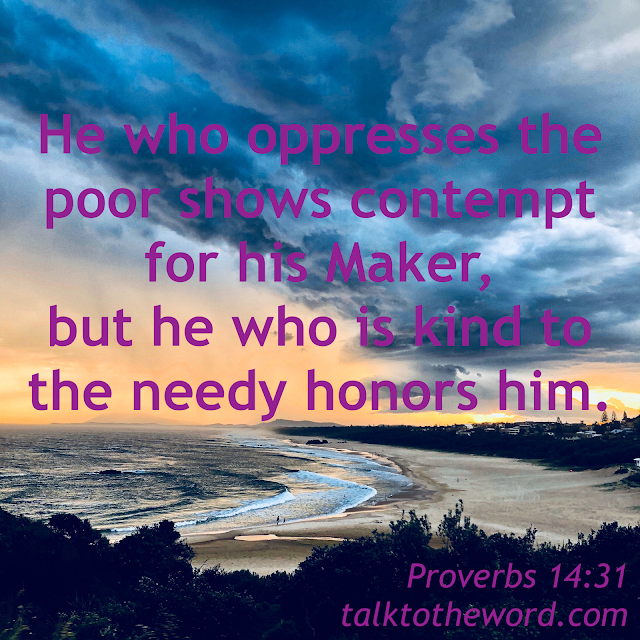