who is slow to anger has great understanding, but he who has a quick temper displays folly. 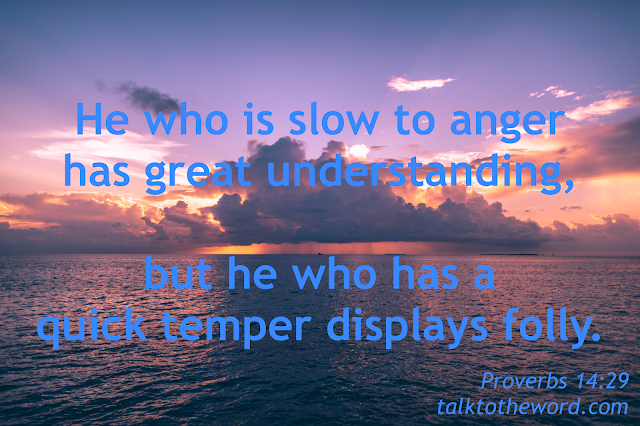