all hard work there is profit, but the talk of the lips leads only to poverty.

Proverbs 14 [15.] A simple man believes everything,
but the prudent man carefully considers his ways.
A wise man fears, and shuns evil,
but the fool is hot headed and reckless.
He who is quick to become angry will commit folly,
and a crafty man is hated.
The simple inherit folly,
but the prudent are crowned with knowledge.
The evil bow down before the good,
and the wicked at the gates of the righteous. 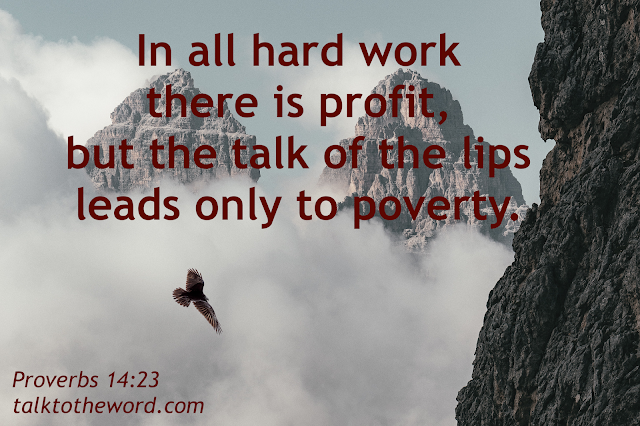