who despises his neighbor is void of wisdom, but a man of understanding holds his peace.

Proverbs 11 [5.] The righteousness of the blameless will direct his way,
but the wicked shall fall by his own wickedness.
The righteousness of the upright shall deliver them,
but the unfaithful will be trapped by evil desires.
When a wicked man dies, hope perishes,
and expectation of power comes to nothing.
A righteous person is delivered out of trouble,
and the wicked takes his place.
With his mouth the godless man destroys his neighbor,
but the righteous will be delivered through knowledge.

Proverbs 11 [10.] When it goes well with the righteous, the city rejoices.
When the wicked perish, there is shouting.
By the blessing of the upright, the city is exalted,
but it is overthrown by the mouth of the wicked.
One who despises his neighbor is void of wisdom,
but a man of understanding holds his peace.
One who brings gossip betrays a confidence,
but one who is of a trustworthy spirit is one who keeps a secret.
Where there is no wise guidance, the nation falls,
but in the multitude of counselors there is victory.

Proverbs 11 [15.] He who is collateral for a stranger will suffer for it,
but he who refuses pledges of collateral is secure.
A gracious woman obtains honor,
but violent men obtain riches.
The merciful man does good to his own soul,
but he who is cruel troubles his own flesh.
Wicked people earn deceitful wages,
but one who sows righteousness reaps a sure reward.
He who is truly righteous gets life.
He who pursues evil gets death. 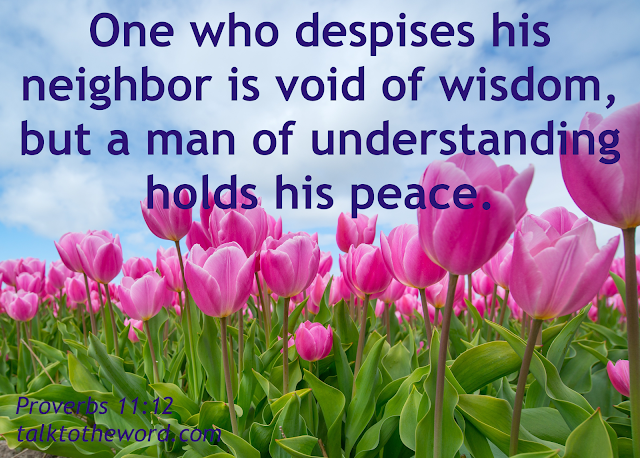