women were there watching from afar, who had followed Jesus from Galilee, serving him.

Matthew 27 [50.] Jesus cried again with a loud voice, and yielded up his spirit. Behold, the veil of the temple was torn in two from the top to the bottom. The earth quaked and the rocks were split. The tombs were opened, and many bodies of the saints who had fallen asleep were raised; and coming out of the tombs after his resurrection, they entered into the holy city and appeared to many. Now the centurion, and those who were with him watching Jesus, when they saw the earthquake, and the things that were done, feared exceedingly, saying, “Truly this was the Son of God.”

Matthew 27 [55.] Many women were there watching from afar, who had followed Jesus from Galilee, serving him. Among them were Mary Magdalene, Mary the mother of James and Joses, and the mother of the sons of Zebedee. When evening had come, a rich man from Arimathaea, named Joseph, who himself was also Jesus’ disciple came. This man went to Pilate, and asked for Jesus’ body. Then Pilate commanded the body to be given up. Joseph took the body, and wrapped it in a clean linen cloth, and laid it in his own new tomb, which he had cut out in the rock, and he rolled a great stone to the door of the tomb, and departed. Mary Magdalene was there, and the other Mary, sitting opposite the tomb. Now on the next day, which was the day after the Preparation Day, the chief priests and the Pharisees were gathered together to Pilate, saying, “Sir, we remember what that deceiver said while he was still alive: ‘After three days I will rise again.’ Command therefore that the tomb be made secure until the third day, lest perhaps his disciples come at night and steal him away, and tell the people, ‘He is risen from the dead;’ and the last deception will be worse than the first.”

Matthew 27 [65.] Pilate said to them, “You have a guard. Go, make it as secure as you can.” So they went with the guard and made the tomb secure, sealing the stone.

Matthew 28 [1.] Now after the Sabbath, as it began to dawn on the first day of the week, Mary Magdalene and the other Mary came to see the tomb. Behold, there was a great earthquake, for an angel of the Lord descended from the sky, and came and rolled away the stone from the door, and sat on it. His appearance was like lightning, and his clothing white as snow. For fear of him, the guards shook, and became like dead men. The angel answered the women, “Don’t be afraid, for I know that you seek Jesus, who has been crucified. He is not here, for he has risen, just like he said. Come, see the place where the Lord was lying. Go quickly and tell his disciples, ‘He has risen from the dead, and behold, he goes before you into Galilee; there you will see him.’ Behold, I have told you.”


female
PIB Scriptures are derived from the World English Bible 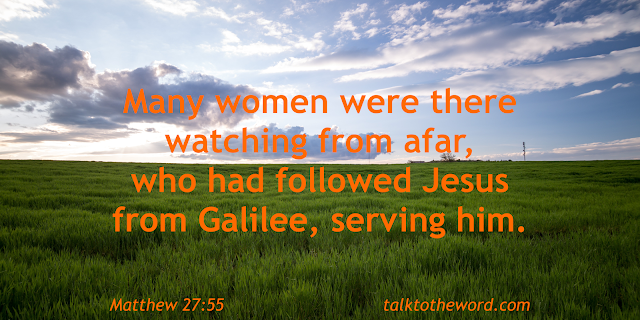