you had known what this means, ‘I desire mercy, and not sacrifice,’ you would not have condemned the guiltless.”

Matthew 12 [1.] At that time, Jesus went on the Sabbath day through the grain fields. His disciples were hungry and began to pluck heads of grain and to eat. But the Pharisees, when they saw it, said to him, “Behold, your disciples do what is not lawful to do on the Sabbath.”

Matthew 12 [3.] But he said to them, “Haven’t you read what David did, when he was hungry, and those who were with him; how he entered into God’s house, and ate the show bread, which was not lawful for him to eat, neither for those who were with him, but only for the priests?[a] Or have you not read in the law, that on the Sabbath day, the priests in the temple profane the Sabbath, and are guiltless? But I tell you that one greater than the temple is here. But if you had known what this means, ‘I desire mercy, and not sacrifice,’[b] you would not have condemned the guiltless. For the Son of Man is Lord of the Sabbath.”

Matthew 12 [9.] He departed there, and went into their synagogue. And behold there was a man with a withered hand. They asked him, “Is it lawful to heal on the Sabbath day?” that they might accuse him.

Matthew 12 [11.] He said to them, “What man is there among you, who has one sheep, and if this one falls into a pit on the Sabbath day, won’t he grab on to it, and lift it out? Of how much more value then is a man than a sheep! Therefore it is lawful to do good on the Sabbath day.” Then he told the man, “Stretch out your hand.” He stretched it out; and it was restored whole, just like the other.


judgement
PIB Scriptures are derived from the World English Bible 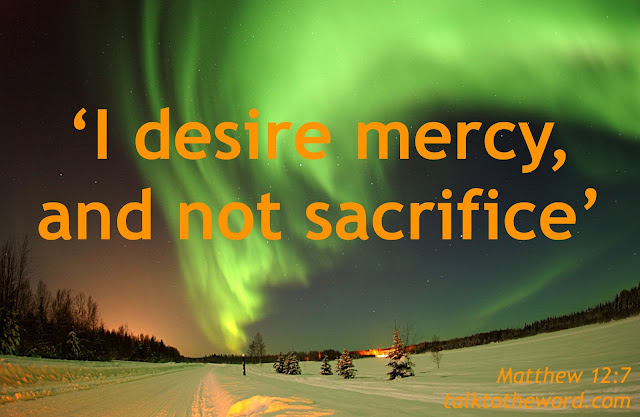 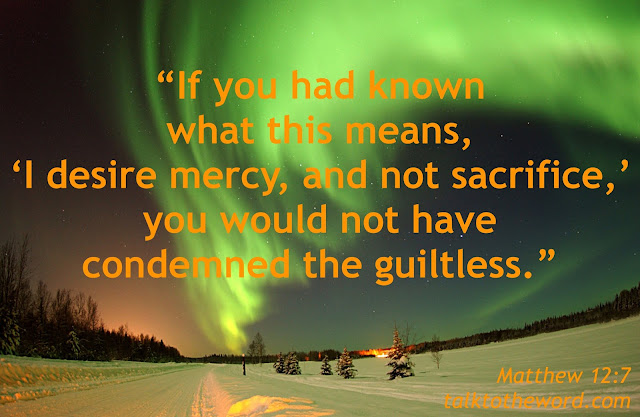