does it profit a man, to gain the whole world, and forfeit his life? For what will a man give in exchange for his life?”

Mark 8 [30.] He commanded them that they should tell no one about him. He began to teach them that the Son of Man must suffer many things, and be rejected by the elders, the chief priests, and the scribes, and be killed, and after three days rise again. He spoke to them openly. Peter took him, and began to rebuke him. But he, turning around, and seeing his disciples, rebuked Peter, and said, “Get behind me, Satan! For you have in mind not the things of God, but the things of men.”


Mark 8 [34.] He called the multitude to himself with his disciples, and said to them, “Whoever wants to come after me, let him deny himself, and take up his cross, and follow me. For whoever wants to save his life will lose it; and whoever will lose his life for my sake and the sake of the Good News will save it. For what does it profit a man, to gain the whole world, and forfeit his life? For what will a man give in exchange for his life? For whoever will be ashamed of me and of my words in this adulterous and sinful generation, the Son of Man also will be ashamed of him, when he comes in his Father’s glory, with the holy angels.”

Mark 9 [1.] He said to them, “Most certainly I tell you, there are some standing here who will in no way taste death until they see God’s Kingdom come with power.” 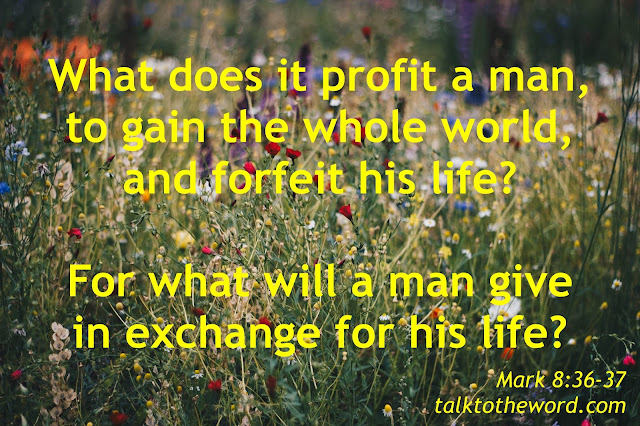 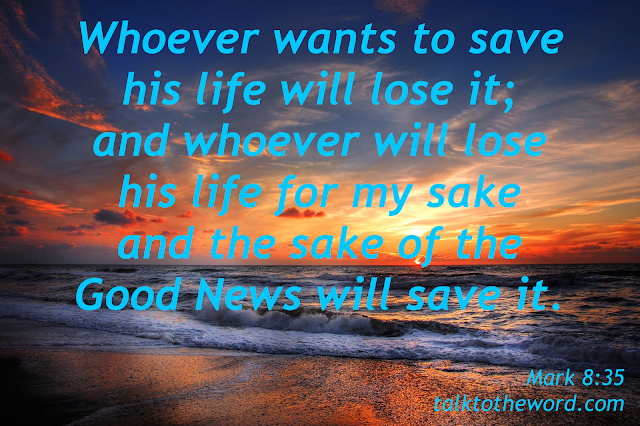 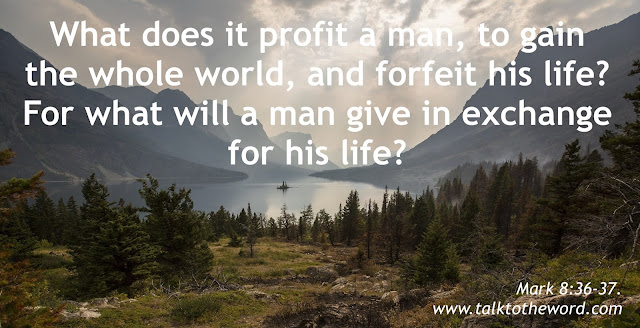