goes into the man from outside can’t defile him, because it doesn’t go into his heart, but into his stomach, then into the latrine, thus purifying all foods.”

Mark 7 [14.] He called all the multitude to himself, and said to them, “Hear me, all of you, and understand. There is nothing from outside of the man, that going into him can defile him; but the things which proceed out of the man are those that defile the man. If anyone has ears to hear, let him hear!”

Mark 7 [17.] When he had entered into a house away from the multitude, his disciples asked him about the parable. He said to them, “Are you also without understanding? Don’t you perceive that whatever goes into the man from outside can’t defile him, because it doesn’t go into his heart, but into his stomach, then into the latrine, thus purifying all foods[e]?” He said, “That which proceeds out of the man, that defiles the man. For from within, out of the hearts of men, proceed evil thoughts, adulteries, sexual sins, murders, thefts, covetings, wickedness, deceit, lustful desires, an evil eye, blasphemy, pride, and foolishness. All these evil things come from within, and defile the man.”

Mark 7 [24.] From there he arose, and went away into the borders of Tyre and Sidon. He entered into a house, and didn’t want anyone to know it, but he couldn’t escape notice. For a woman, whose little daughter had an unclean spirit, having heard of him, came and fell down at his feet.

e. Mark 7:19 or, “making all foods clean”. NU ends Jesus' direct quote and question after “latrine”, ending the verse with “Thus he declared all foods clean.” 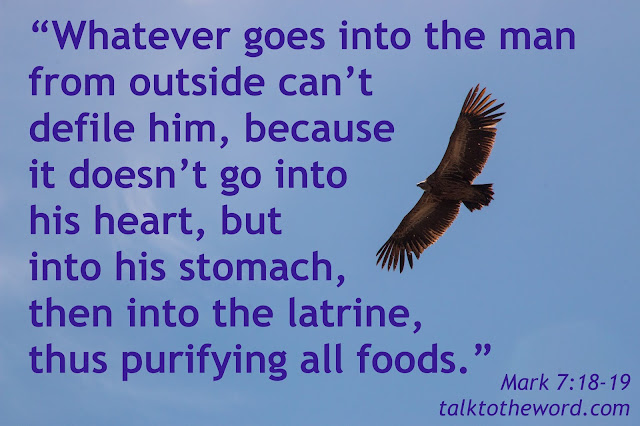 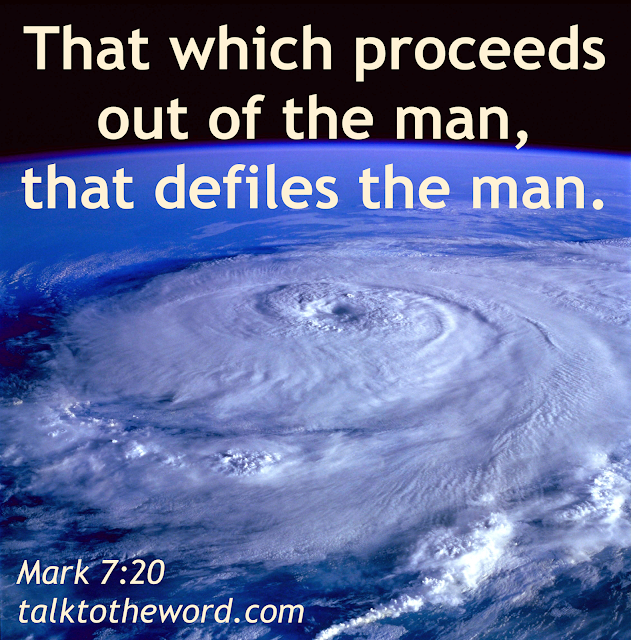