also asked him, saying, “What about us? What must we do?” He said to them, “Extort from no one by violence, neither accuse anyone wrongfully. Be content with your wages.”

He said to them, “Extort from no one by violence, neither accuse anyone wrongfully. Be content with your wages.”

Luke 3 [15.] As the people were in expectation, and all men reasoned in their hearts concerning John, whether perhaps he was the Christ, John answered them all, “I indeed baptize you with water, but he comes who is mightier than I, the strap of whose sandals I am not worthy to loosen. He will baptize you in the Holy Spirit and fire, whose fan is in his hand, and he will thoroughly cleanse his threshing floor, and will gather the wheat into his barn; but he will burn up the chaff with unquenchable fire.”

Luke 3 [18.] Then with many other exhortations he preached good news to the people, but Herod the tetrarch,[b] being reproved by him for Herodias, his brother’s [c] wife, and for all the evil things which Herod had done, added this also to them all, that he shut up John in prison. Now when all the people were baptized, Jesus also had been baptized, and was praying. The sky was opened, and the Holy Spirit descended in a bodily form like a dove on him; and a voice came out of the sky, saying “You are my beloved Son. In you I am well pleased.” 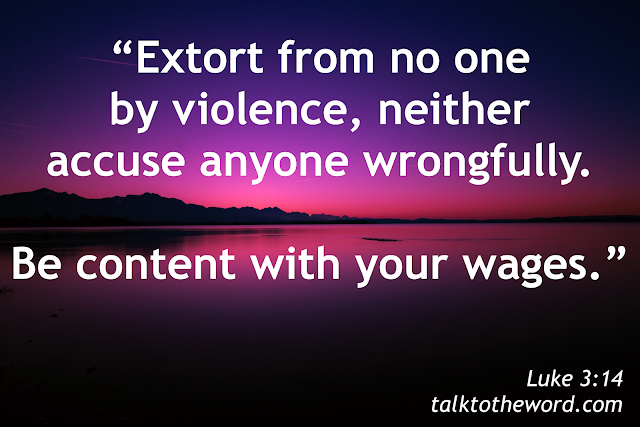