men went and passed through the land, and surveyed it by cities into seven portions in a book. 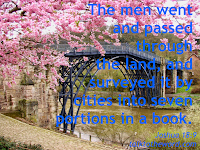 Joshua 18 [8.] The men arose and went. Joshua commanded those who went to survey the land, saying, “Go walk through the land, survey it, and come again to me. I will cast lots for you here before Yahweh in Shiloh.”

Joshua 18 [9.] The men went and passed through the land, and surveyed it by cities into seven portions in a book. They came to Joshua to the camp at Shiloh. Joshua cast lots for them in Shiloh before Yahweh. There Joshua divided the land to the children of Israel according to their divisions.

Joshua 18 [11.] The lot of the tribe of the children of Benjamin came up according to their families. The border of their lot went out between the children of Judah and the children of Joseph. Their border on the north quarter was from the Jordan. The border went up to the side of Jericho on the north, and went up through the hill country westward. It ended at the wilderness of Beth Aven. The border passed along from there to Luz, to the side of Luz (also called Bethel), southward. The border went down to Ataroth Addar, by the mountain that lies on the south of Beth Horon the lower. The border extended, and turned around on the west quarter southward, from the mountain that lies before Beth Horon southward; and ended at Kiriath Baal (also called Kiriath Jearim), a city of the children of Judah. This was the west quarter. 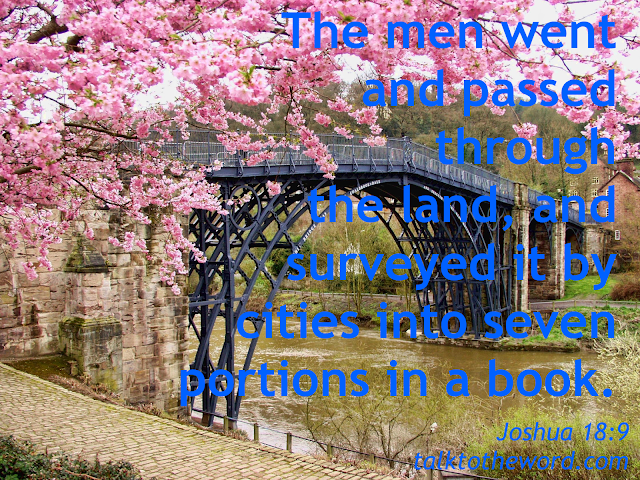