John 6 [22.] On the next day, the multitude that stood on the other side of the sea saw that there was no other boat there, except the one in which his disciples had embarked, and that Jesus hadn’t entered with his disciples into the boat, but his disciples had gone away alone. However boats from Tiberias came near to the place where they ate the bread after the Lord had given thanks. When the multitude therefore saw that Jesus wasn’t there, nor his disciples, they themselves got into the boats, and came to Capernaum, seeking Jesus. When they found him on the other side of the sea, they asked him, “Rabbi, when did you come here?”

Jesus answered them, “This is the work of God, that you believe in him whom he has sent.”


eternity
PIB Scriptures are derived from the World English Bible 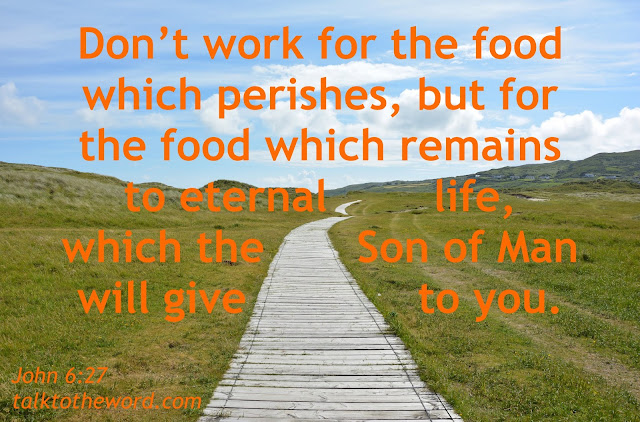