as the body apart from the spirit is dead, even so faith apart from works is dead.

James 2 [19.] You believe that God is one. You do well. The demons also believe, and shudder. But do you want to know, vain man, that faith apart from works is dead? Wasn’t Abraham our father justified by works, in that he offered up Isaac his son on the altar? You see that faith worked with his works, and by works faith was perfected; and the Scripture was fulfilled which says, “Abraham believed God, and it was accounted to him as righteousness”;[e] and he was called the friend of God. You see then that by works, a man is justified, and not only by faith.

James 2 [25.] In the same way, wasn’t Rahab the prostitute also justified by works, in that she received the messengers, and sent them out another way? For as the body apart from the spirit is dead, even so faith apart from works is dead.

faith
PIB Scriptures are derived from the World English Bible 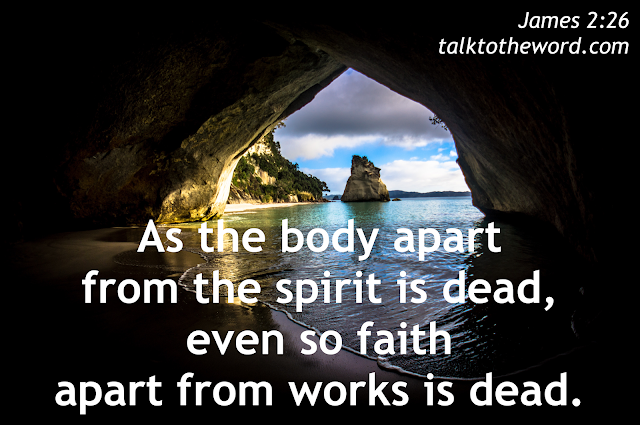