hope we have as an anchor of the soul, a hope both sure and steadfast and entering into that which is within the veil.

Hebrews 7 [1.] For this Melchizedek, king of Salem, priest of God Most High, who met Abraham returning from the slaughter of the kings and blessed him, to whom also Abraham divided a tenth part of all (being first, by interpretation, king of righteousness, and then also king of Salem, which is king of peace; without father, without mother, without genealogy, having neither beginning of days nor end of life, but made like the Son of God), remains a priest continually. Now consider how great this man was, to whom even Abraham, the patriarch, gave a tenth out of the best plunder. 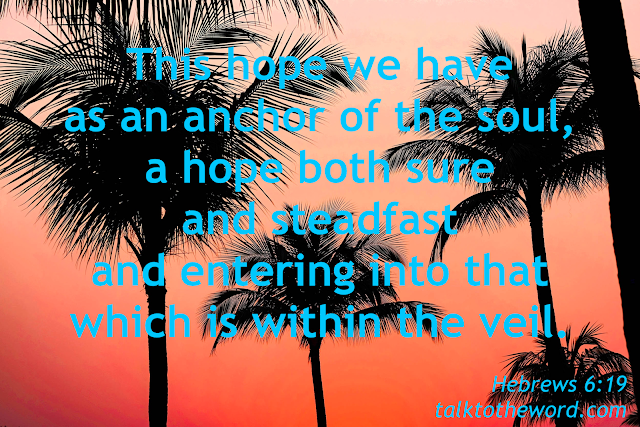