desire that each one of you may show the same diligence to the fullness of hope even to the end, that you won’t be sluggish, but imitators of those who through faith and patience inherited the promises.

Hebrews 6 [7.] For the land which has drunk the rain that comes often on it, and produces a crop suitable for them for whose sake it is also tilled, receives blessing from God; but if it bears thorns and thistles, it is rejected and near being cursed, whose end is to be burned. 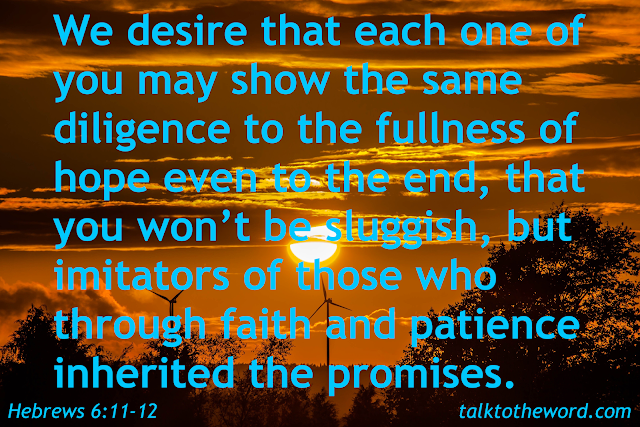 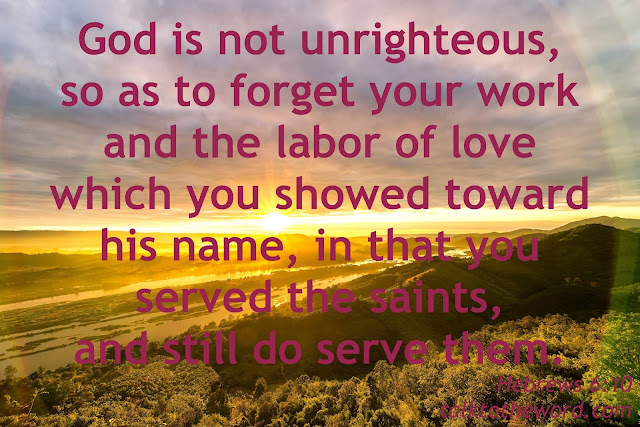