be afraid.’ For this is what Yahweh of Armies says: ‘Yet once, it is a little while, and I will shake the heavens, the earth, the sea, and the dry land.’ 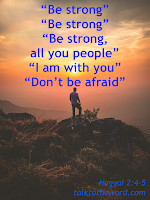 Haggai 2 [1.] In the seventh month, in the twenty-first day of the month, Yahweh’s word came by Haggai the prophet, saying, “Speak now to Zerubbabel, the son of Shealtiel, governor of Judah, and to Joshua, the son of Jehozadak, the high priest, and to the remnant of the people, saying, ‘Who is left among you who saw this house in its former glory? How do you see it now? Isn’t it in your eyes as nothing? Yet now be strong, Zerubbabel,’ says Yahweh. ‘Be strong, Joshua, son of Jehozadak, the high priest. Be strong, all you people of the land,’ says Yahweh, ‘and work, for I am with you,’ says Yahweh of Armies. 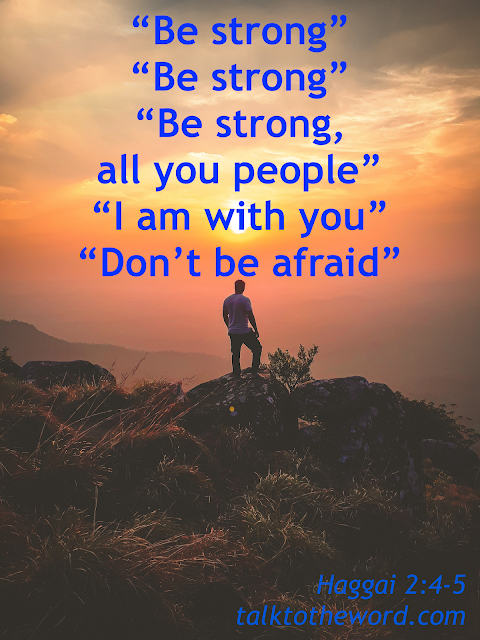