shall not muzzle the ox when he treads out the grain.

Deuteronomy 25 [1.] If there is a controversy between men, and they come to judgment, and the judges judge them; then they shall justify the righteous, and condemn the wicked. It shall be, if the wicked man is worthy to be beaten, that the judge shall cause him to lie down, and to be beaten before his face, according to his wickedness, by number. He may sentence him to no more than forty stripes. He shall not give more; lest, if he should give more, and beat him more than that many stripes, then your brother will be degraded in your sight.

Deuteronomy 25 [4.] You shall not muzzle the ox when he treads out the grain.

Deuteronomy 25 [5.] If brothers dwell together, and one of them dies, and has no son, the wife of the dead shall not be married outside to a stranger. Her husband’s brother shall go in to her, and take her as his wife, and perform the duty of a husband’s brother to her. It shall be that the firstborn whom she bears shall succeed in the name of his brother who is dead, that his name not be blotted out of Israel.


quadruped
PIB Scriptures are derived from the World English Bible 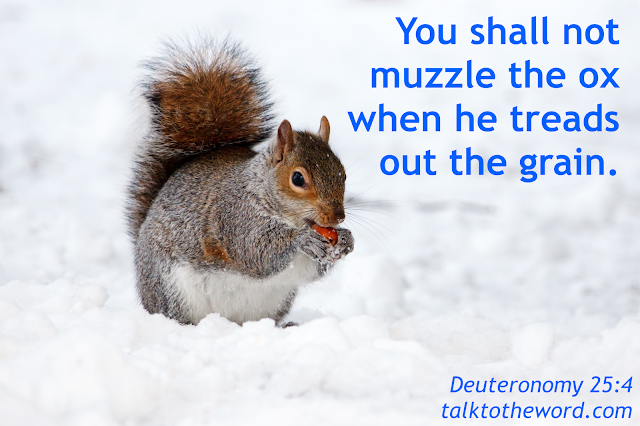