being in past times alienated and enemies in your mind in your evil deeds, yet now he has reconciled in the body of his flesh through death, to present you holy and without defect and blameless before him.

Colossians 1 [16.] For by him all things were created, in the heavens and on the earth, things visible and things invisible, whether thrones or dominions or principalities or powers; all things have been created through him, and for him. He is before all things, and in him all things are held together. He is the head of the body, the assembly, who is the beginning, the firstborn from the dead; that in all things he might have the preeminence. For all the fullness was pleased to dwell in him; and through him to reconcile all things to himself, by him, whether things on the earth, or things in the heavens, having made peace through the blood of his cross.

Colossians 1 [21.] You, being in past times alienated and enemies in your mind in your evil deeds, yet now he has reconciled in the body of his flesh through death, to present you holy and without defect and blameless before him, if it is so that you continue in the faith, grounded and steadfast, and not moved away from the hope of the Good News which you heard, which is being proclaimed in all creation under heaven; of which I, Paul, was made a servant.

Colossians 1 [24.] Now I rejoice in my sufferings for your sake, and fill up on my part that which is lacking of the afflictions of Christ in my flesh for his body’s sake, which is the assembly; of which I was made a servant, according to the stewardship of God which was given me toward you, to fulfill the word of God, the mystery which has been hidden for ages and generations. But now it has been revealed to his saints, to whom God was pleased to make known what are the riches of the glory of this mystery among the Gentiles, which is Christ in you, the hope of glory; whom we proclaim, admonishing every man and teaching every man in all wisdom, that we may present every man perfect in Christ Jesus; for which I also labor, striving according to his working, which works in me mightily.


enemy
PIB Scriptures are derived from the World English Bible 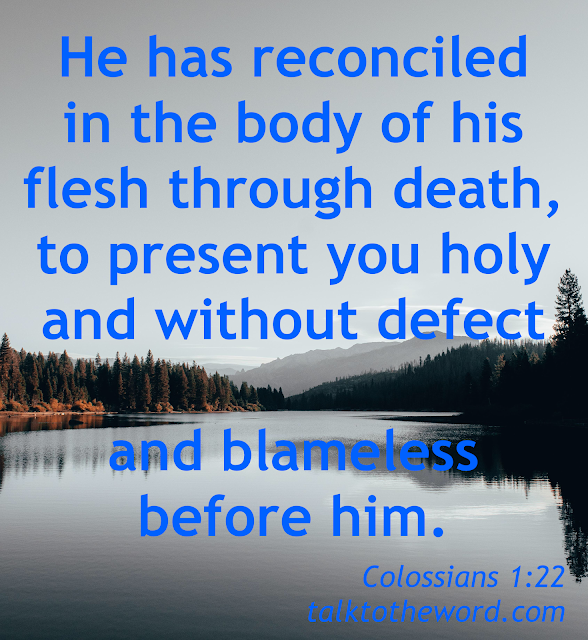