Tweets to TalkToTheWord and PIB Scripture replies are visible to all followers.  Private Messages also work with TalkToTheWord but are just between you and the Bible.
All the other apps are more stable than Twitter and better for chatting or browsing the Parse Interactive Bible. 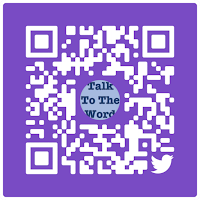