also of those who had believed came, confessing, and declaring their deeds.

Acts 19 [11.] God worked special miracles by the hands of Paul, so that even handkerchiefs or aprons were carried away from his body to the sick, and the evil spirits went out. But some of the itinerant Jews, exorcists, took on themselves to invoke over those who had the evil spirits the name of the Lord Jesus, saying, “We adjure you by Jesus whom Paul preaches.” There were seven sons of one Sceva, a Jewish chief priest, who did this.

Acts 19 [15.] The evil spirit answered, “Jesus I know, and Paul I know, but who are you?” The man in whom the evil spirit was leaped on them, and overpowered them, and prevailed against them, so that they fled out of that house naked and wounded. This became known to all, both Jews and Greeks, who lived at Ephesus. Fear fell on them all, and the name of the Lord Jesus was magnified. Many also of those who had believed came, confessing, and declaring their deeds. Many of those who practiced magical arts brought their books together and burned them in the sight of all. They counted their price, and found it to be fifty thousand pieces of silver.[a] So the word of the Lord was growing and becoming mighty.

Acts 19 [21.] Now after these things had ended, Paul determined in the spirit, when he had passed through Macedonia and Achaia, to go to Jerusalem, saying, “After I have been there, I must also see Rome.”
Footnotes:

a. Acts 19:19 The 50,000 pieces of silver here probably referred to 50,000 drachmas. If so, the value of the burned books was equivalent to about 160 man-years of wages for agricultural laborers. 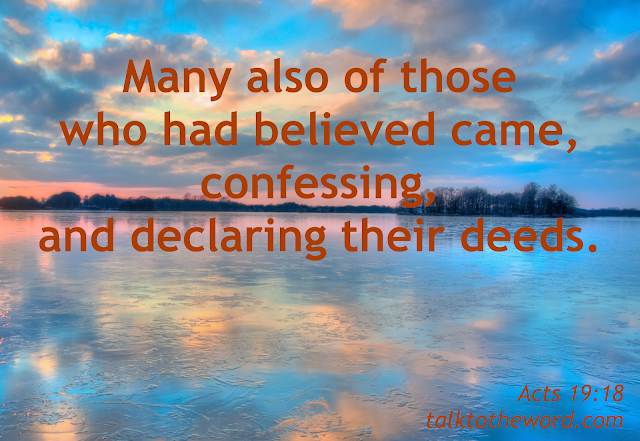