made from one blood every nation of men to dwell on all the surface of the earth.

Acts 17 [22.] Paul stood in the middle of the Areopagus, and said, “You men of Athens, I perceive that you are very religious in all things. For as I passed along, and observed the objects of your worship, I found also an altar with this inscription: ‘TO AN UNKNOWN GOD.’ What therefore you worship in ignorance, this I announce to you. The God who made the world and all things in it, he, being Lord of heaven and earth, doesn’t dwell in temples made with hands, neither is he served by men’s hands, as though he needed anything, seeing he himself gives to all life and breath, and all things. [26.] He made from one blood every nation of men to dwell on all the surface of the earth, having determined appointed seasons, and the boundaries of their dwellings, that they should seek the Lord, if perhaps they might reach out for him and find him, though he is not far from each one of us. ‘For in him we live, and move, and have our being.’ As some of your own poets have said, ‘For we are also his offspring.’ Being then the offspring of God, we ought not to think that the Divine Nature is like gold, or silver, or stone, engraved by art and design of man. [30.] The times of ignorance therefore God overlooked. But now he commands that all people everywhere should repent, because he has appointed a day in which he will judge the world in righteousness by the man whom he has ordained; of which he has given assurance to all men, in that he has raised him from the dead.”

Acts 17 [32.] Now when they heard of the resurrection of the dead, some mocked; but others said, “We want to hear you again concerning this.”

Acts 17 [33.] Thus Paul went out from among them. But certain men joined with him, and believed, among whom also was Dionysius the Areopagite, and a woman named Damaris, and others with them. 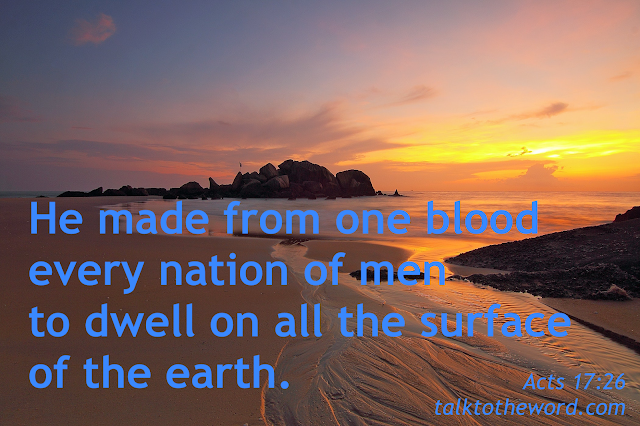