sin of the young men was very great before Yahweh; for the men despised the offering of Yahweh. But Samuel ministered before Yahweh, being a child. 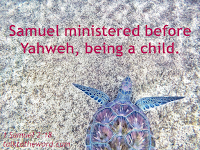 1 Samuel 2 [11.] Elkanah went to Ramah to his house. The child served Yahweh before Eli the priest. Now the sons of Eli were wicked men. They didn’t know Yahweh. The custom of the priests with the people was that when anyone offered a sacrifice, the priest’s servant came while the flesh was boiling, with a fork of three teeth in his hand; and he stabbed it into the pan, or kettle, or cauldron, or pot. The priest took all that the fork brought up for himself. So they did in Shiloh to all the Israelites who came there. Yes, before they burnt the fat, the priest’s servant came, and said to the man who sacrificed, “Give meat to roast for the priest; for he will not accept boiled meat from you, but raw.”

1 Samuel 2 [16.] If the man said to him, “Let the fat be burned first, and then take as much as your soul desires”; then he would say, “No, but you shall give it to me now; and if not, I will take it by force.” The sin of the young men was very great before Yahweh; for the men despised the offering of Yahweh. But Samuel ministered before Yahweh, being a child, clothed with a linen ephod. Moreover his mother made him a little robe, and brought it to him from year to year, when she came up with her husband to offer the yearly sacrifice.


youth
PIB Scriptures are derived from the World English Bible 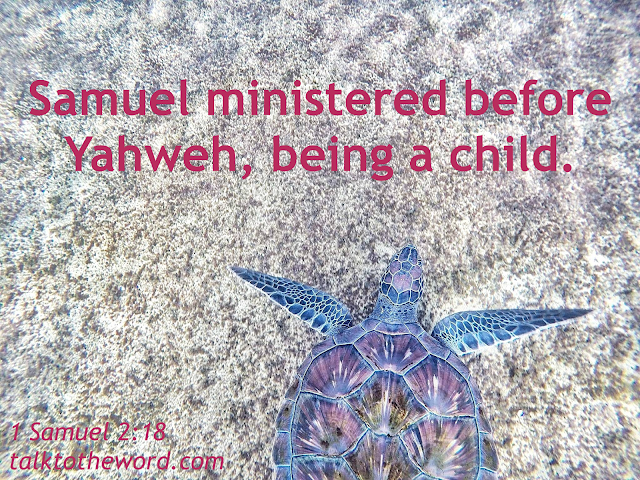