all men. Love the brotherhood. Fear God. Honor the king. Servants, be in subjection to your masters with all fear; not only to the good and gentle, but also to the wicked.

1 Peter 2 [17.] Honor all men. Love the brotherhood. Fear God. Honor the king. Servants, be in subjection to your masters with all fear; not only to the good and gentle, but also to the wicked. For it is commendable if someone endures pain, suffering unjustly, because of conscience toward God. 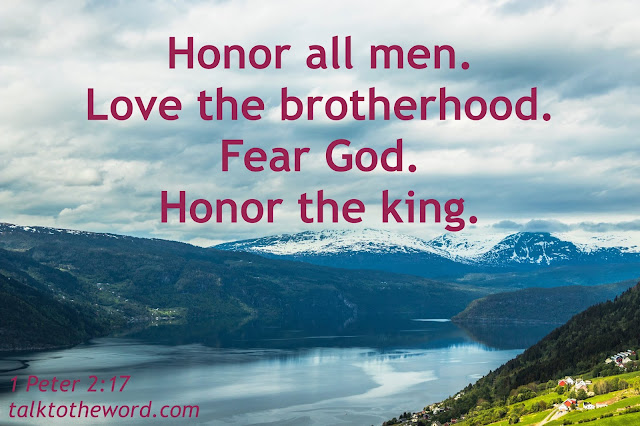 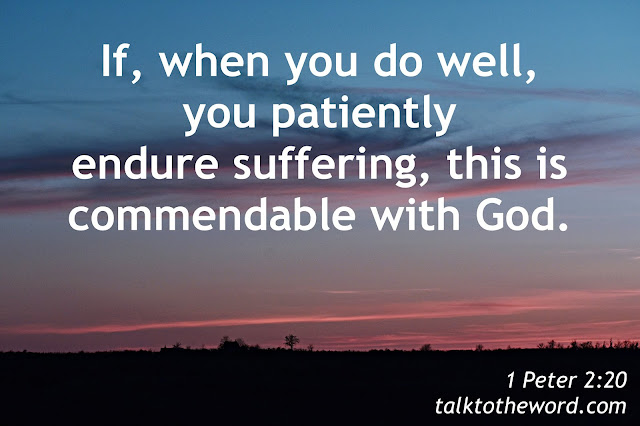