I beg you as foreigners and pilgrims, to abstain from fleshly lusts, which war against the soul. 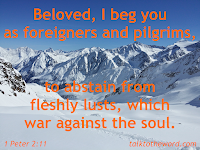 1 Peter 2 [7.] For you who believe therefore is the honor, but for those who are disobedient,

“The stone which the builders rejected,
has become the chief cornerstone,”[c]
1 Peter 2 [8.] and,

“a stone of stumbling, and a rock of offense.”[d]
For they stumble at the word, being disobedient, to which also they were appointed. But you are a chosen race, a royal priesthood, a holy nation, a people for God’s own possession, that you may proclaim the excellence of him who called you out of darkness into his marvelous light: who in time past were no people, but now are God’s people, who had not obtained mercy, but now have obtained mercy.


abstain
PIB Scriptures are derived from the World English Bible 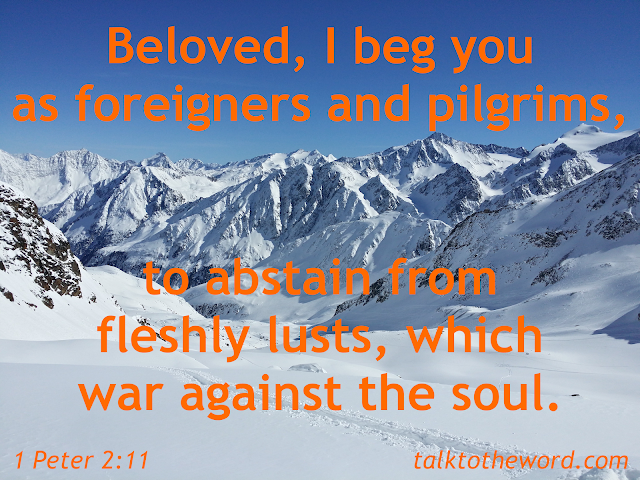