1 Kings 8 [5.] King Solomon and all the congregation of Israel, who were assembled to him, were with him before the ark, sacrificing sheep and cattle, that could not be counted or numbered for multitude. The priests brought in the ark of Yahweh’s covenant to its place, into the inner sanctuary of the house, to the most holy place, even under the cherubim’s wings. For the cherubim spread their wings out over the place of the ark, and the cherubim covered the ark and its poles above. The poles were so long that the ends of the poles were seen from the holy place before the inner sanctuary; but they were not seen outside. They are there to this day. There was nothing in the ark except the two stone tablets which Moses put there at Horeb, when Yahweh made a covenant with the children of Israel, when they came out of the land of Egypt.

1 Kings 8 [14.] The king turned his face around, and blessed all the assembly of Israel; and all the assembly of Israel stood. He said, “Blessed is Yahweh, the God of Israel, who spoke with his mouth to David your father, and has with his hand fulfilled it, saying, ‘Since the day that I brought my people Israel out of Egypt, I chose no city out of all the tribes of Israel to build a house, that my name might be there; but I chose David to be over my people Israel.’


worship
PIB Scriptures are derived from the World English Bible 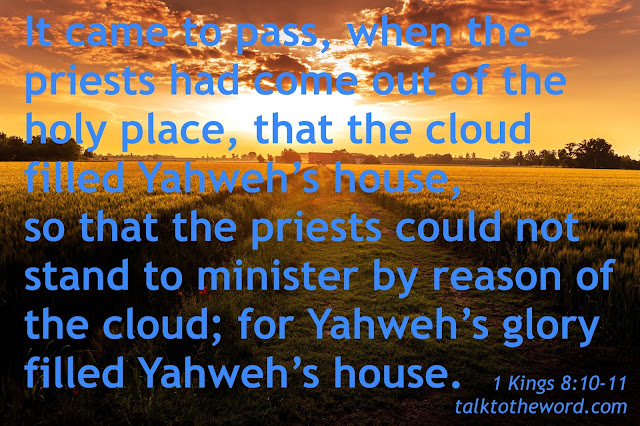