1 John 3 [1.] See how great a love the Father has given to us, that we should be called children of God! For this cause the world doesn’t know us, because it didn’t know him. Beloved, now we are children of God, and it is not yet revealed what we will be. But we know that, when he is revealed, we will be like him; for we will see him just as he is. Everyone who has this hope set on him purifies himself, even as he is pure. Everyone who sins also commits lawlessness. Sin is lawlessness. You know that he was revealed to take away our sins, and in him is no sin. Whoever remains in him doesn’t sin. Whoever sins hasn’t seen him and doesn’t know him. 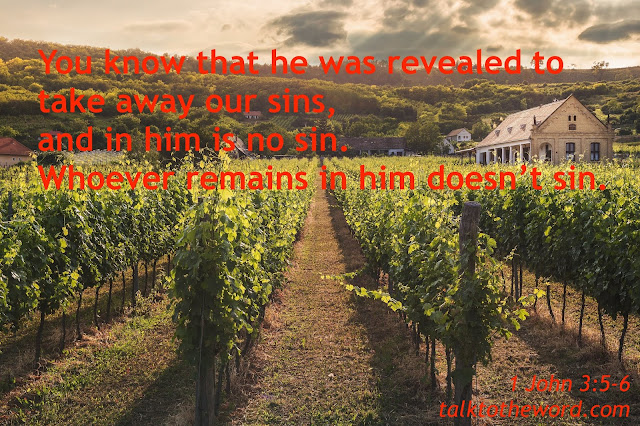