little children, remain in him, that when he appears, we may have boldness, and not be ashamed before him at his coming.


endurance
PIB Scriptures are derived from the World English Bible 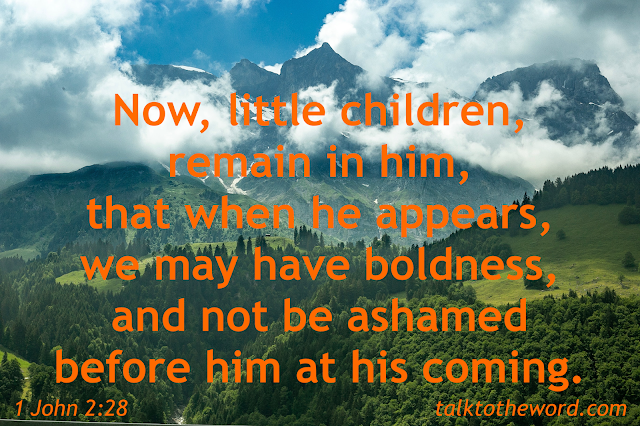