denies the Son, the same doesn’t have the Father. He who confesses the Son has the Father also. 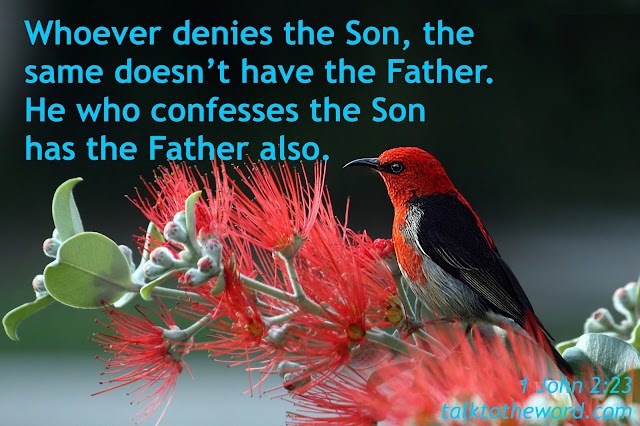