have an anointing from the Holy One, and you all have knowledge. I have not written to you because you don’t know the truth, but because you know it, and because no lie is of the truth. 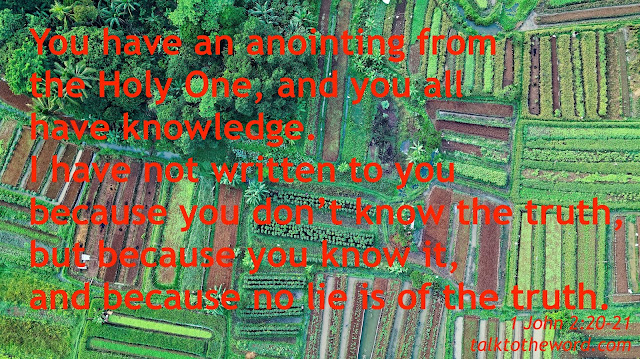