you know that those who run in a race all run, but one receives the prize? Run like that, that you may win.

1 Corinthians 9 [25.] Every man who strives in the games exercises self-control in all things. Now they do it to receive a corruptible crown, but we an incorruptible. I therefore run like that, as not uncertainly. I fight like that, as not beating the air, but I beat my body and bring it into submission, lest by any means, after I have preached to others, I myself should be rejected.


champion
PIB Scriptures are derived from the World English Bible 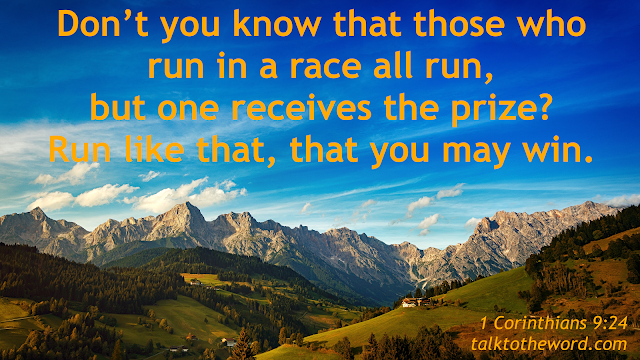